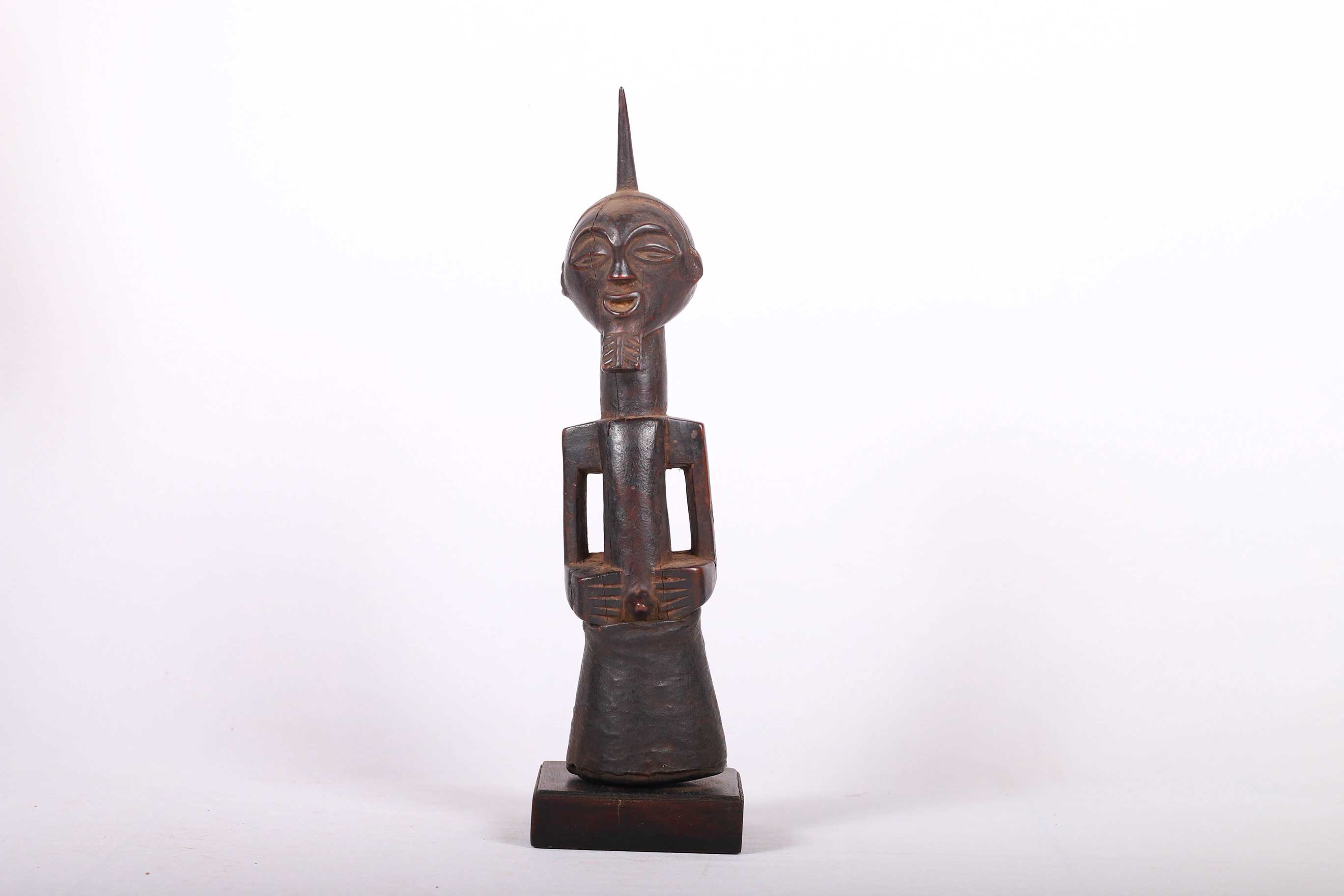 The Songye people are a Bantu ethnic group from the central Democratic Republic Of Congo,the Songye made power figures known as  Nkisi that were used to combat witchcraft and sorcery. They were also believed to bring promote fertility and success, vanquish enemies and protect one from evil. The smaller ones were for individual families and the larger ones acted as intercessors between ancestral spirits and the living, they were owned by and served the entire community and also brought togetherness among the community. Such sculptures were commissioned by chiefs and elders, the entire community selected the tree in which the sculpture was to be carved in and it was carved by a professional artist called a nganga who selected the type of wood and features.  Although protective, these were confrontational objects, with a warrior’s attitude. The following is a male sculpture crafted from hardwood with its hands attached to the belly, a dark patina and the bottom half of the statue is covered in leather, it shows clear signs of age. 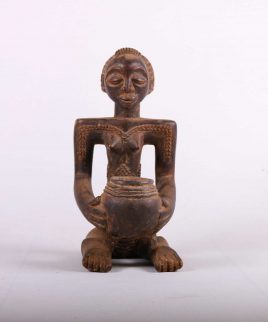 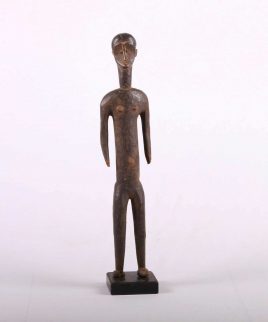 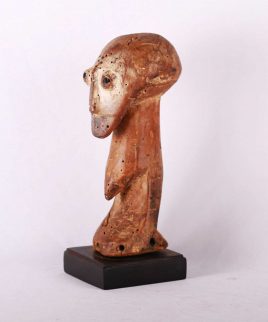 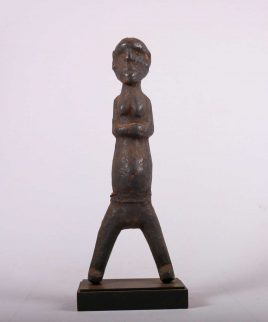 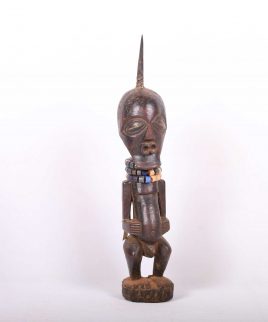