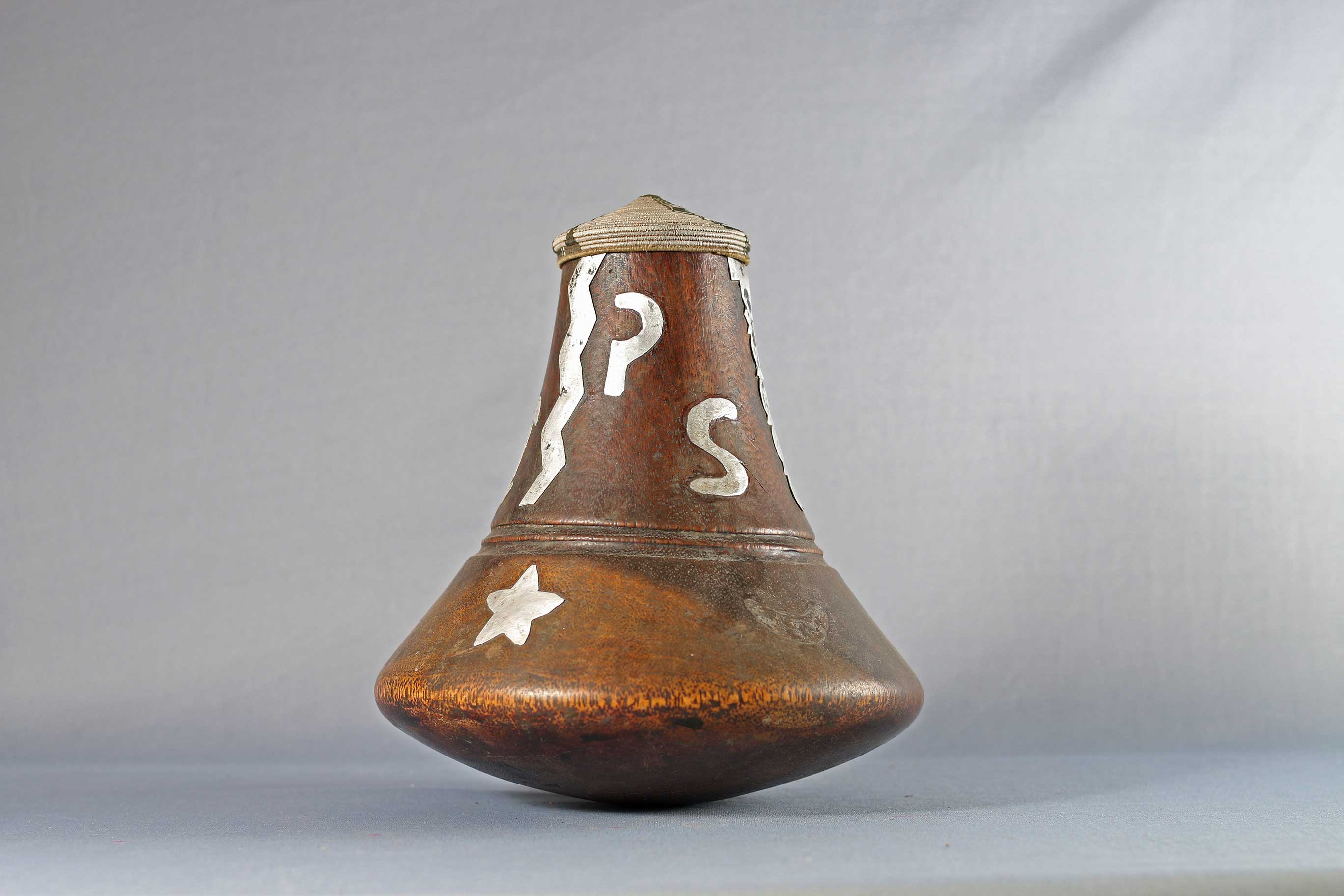 The Banyankole are among the half dozen major ethnic groups in Uganda. They live in southwestern Uganda, where there is a common border with Rwanda and Tanzania.   The Banyankole consists of two major ethnic groups: the Bahima, who are pastoralists, and the Bairu, who are agriculturists. The Bairu are numerically larger, and the Bahima are politically and socially dominant. A fascinating Ankole milk cup which is of Ugandan origin, is a carved wood milk vessel, from the Ankole tribe living in Uganda, it has metallic symbols including stars and letters and a fibre crafted lid to cover the vessel, a wide cylindrical botton and a brown patina, it shows signs of age. These statuettes were used for rituals and other important ceremonies and also acted as milk containers. 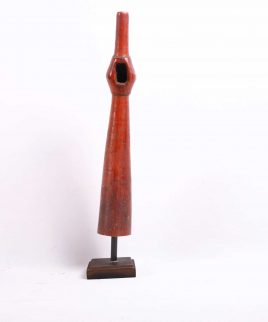 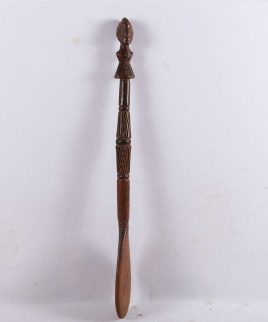 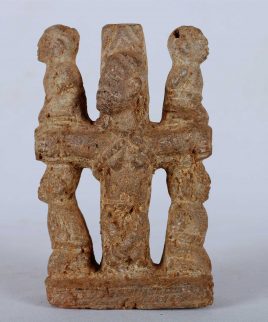 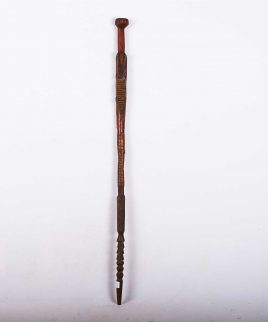 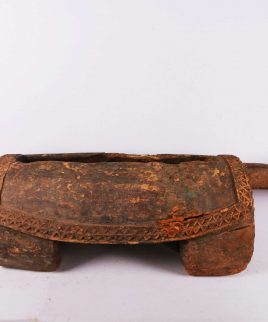 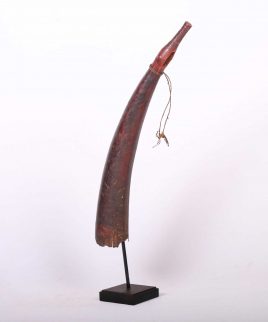