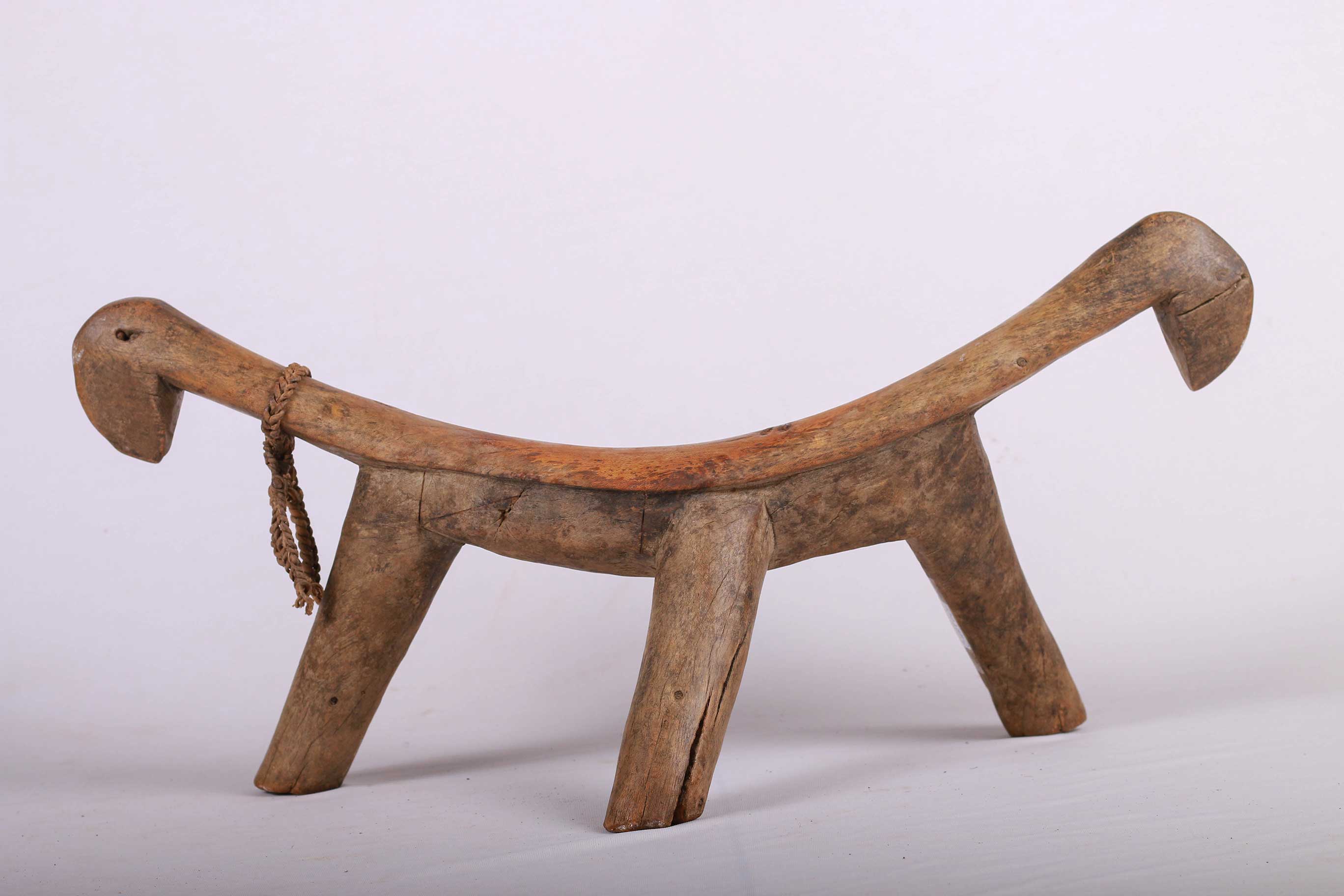 The simple forms produced by the Dinka and Nuer are often little more than the result of judicious pruning of a found branch to produce a three- or four-legged  headrest. Zoomorphic features, such as a tail and a head, are sometimes brought out.These  were used as pillows to help someone to have good sleep. They also used as a comfort to help protect ceremonial coiffure. In some occasions headrests are used as stool. As a personal object, the headrest has become part of the individual. Usually, when the person died, he is buried with his headrest. Sometimes the headrest is passed on to his heir, who would treat it with respect because this wooden piece embodies the spirit of the deceased person.Dinka headrests are primarily used by older men.The following headrest is crafted from hard wood and looks visibly old. 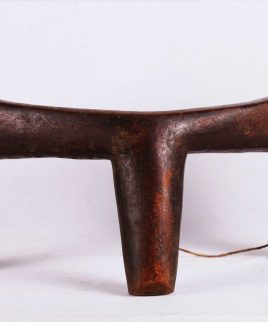 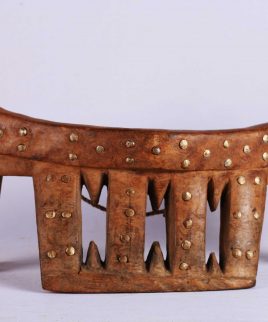 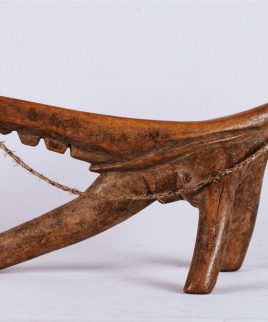 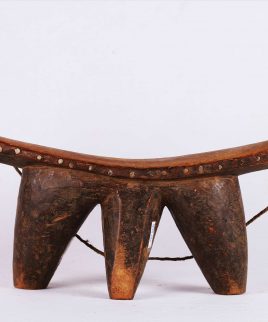 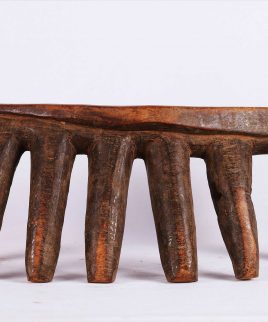 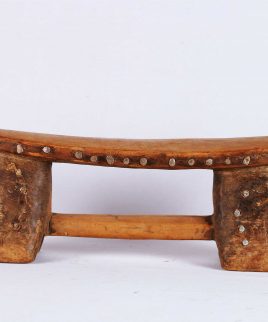