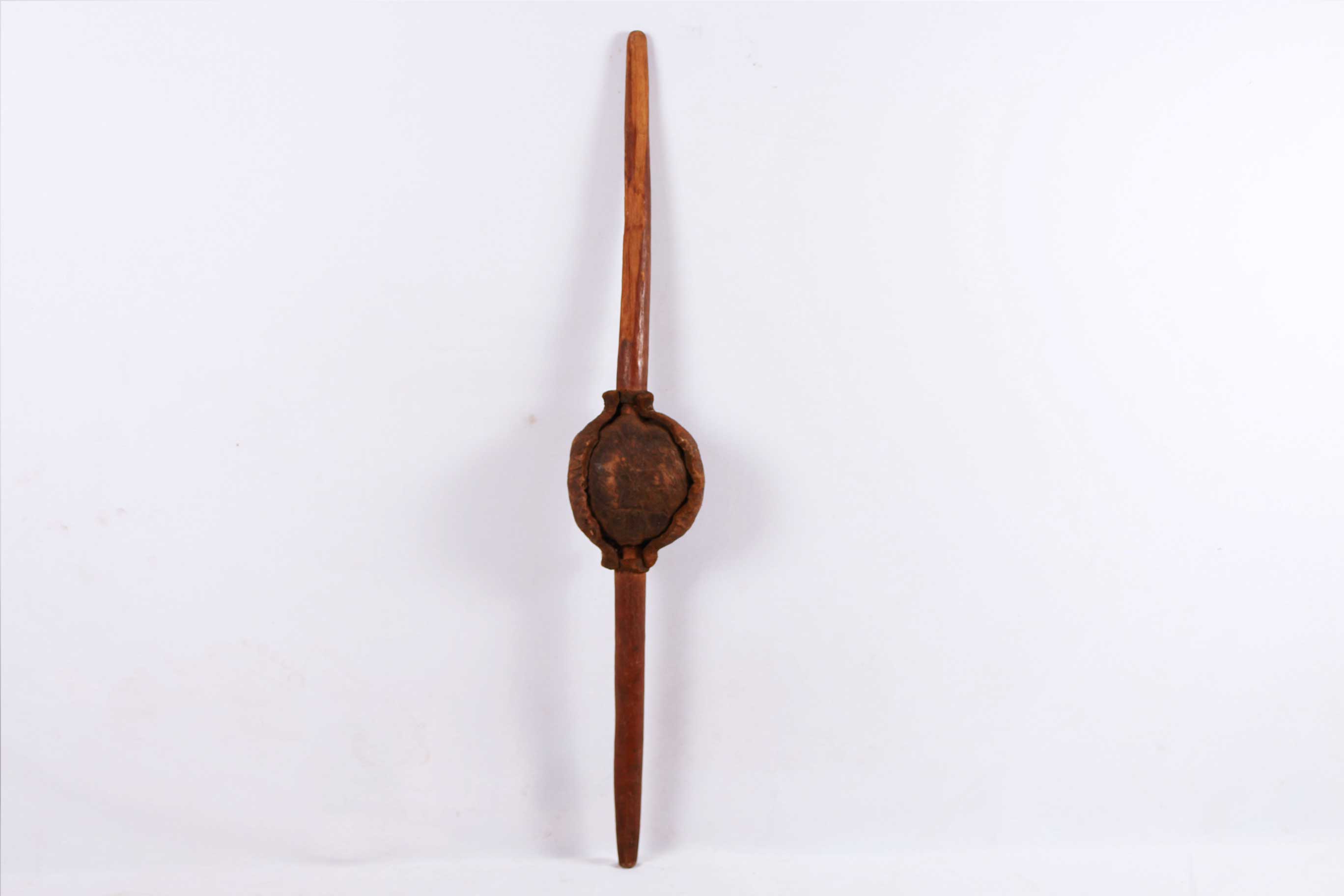 This parrying shield originates from the Dinka tribe, a Nilotic ethnic group native to South Sudan. They are mainly a pastoralists community with a recent history of war. They live in a hostile, harsh society because of their nomadic lifestyle characterized by conflicts and raids to their neighbors.

This is an example of a parrying shield used to deflect the blow of one’s opponent and reinforce his own blow. It became an essential and basic characteristic of the simple pole and parrying shields. It was only with the later development of broad shields that their users were able to defend themselves against the enemy’s spears, arrows, clubs e.t.c.It has pointed edges and a handle for a firm grip. The following shield has a dark brown patina and shows traces of wear and usage. It’s not that old in age, possibly a copy but its no doubt an amazing figure. 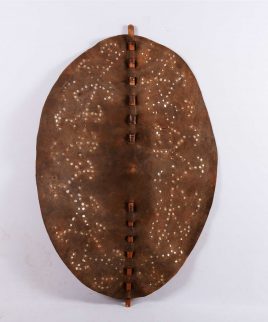 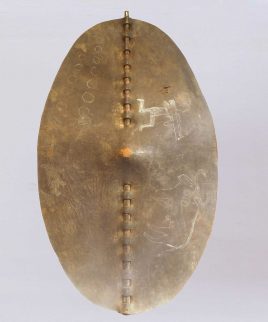 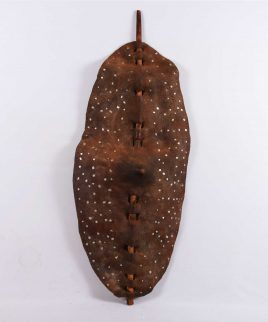 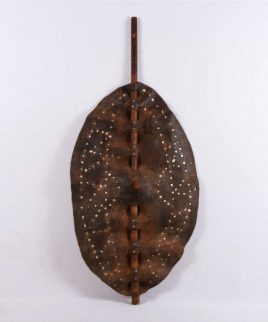 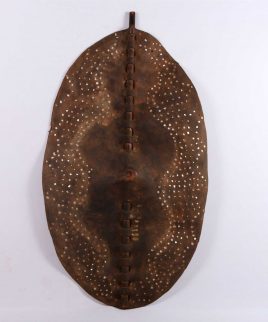 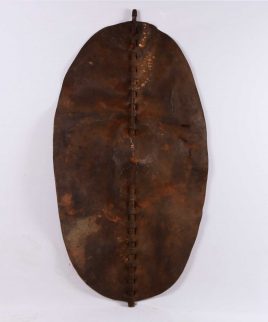