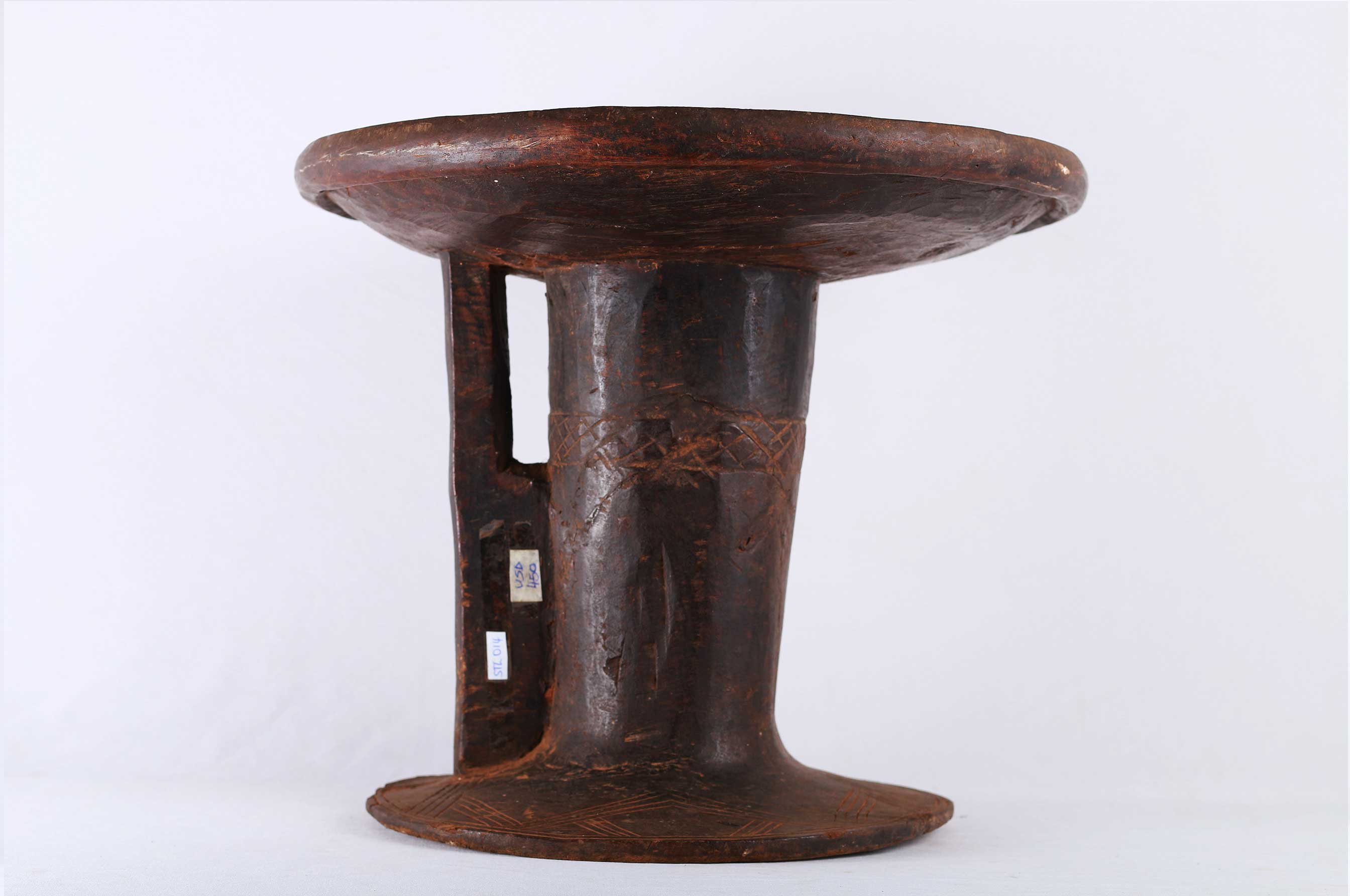 The Mangbetu  peoples are located in the   northeastern Democratic Republic of Congo.  The major subgroups are the Mangbetu, Meegye, Makere, Malele, Popoi and Abelu.   These stools were part of family treasures, which would be passed down from generation to and were used for ceremonies and rituals.They were also are token of leadership and, as it was not permitted to lay sacred objects on the ground, they were always placed on stool.This stool is in good condition, though worn with age, and has evidence overall of old worm wear to the surfaces. 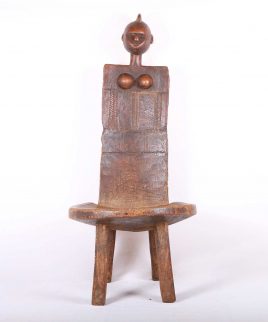 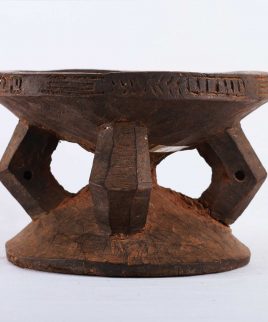 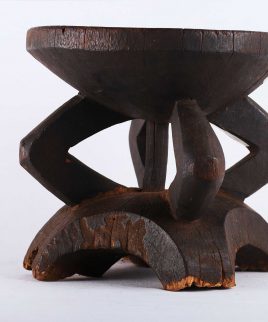 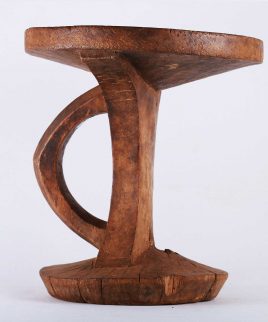 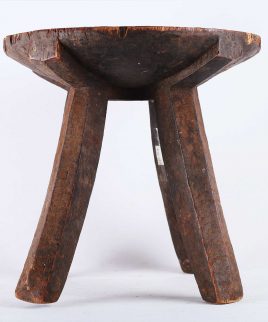