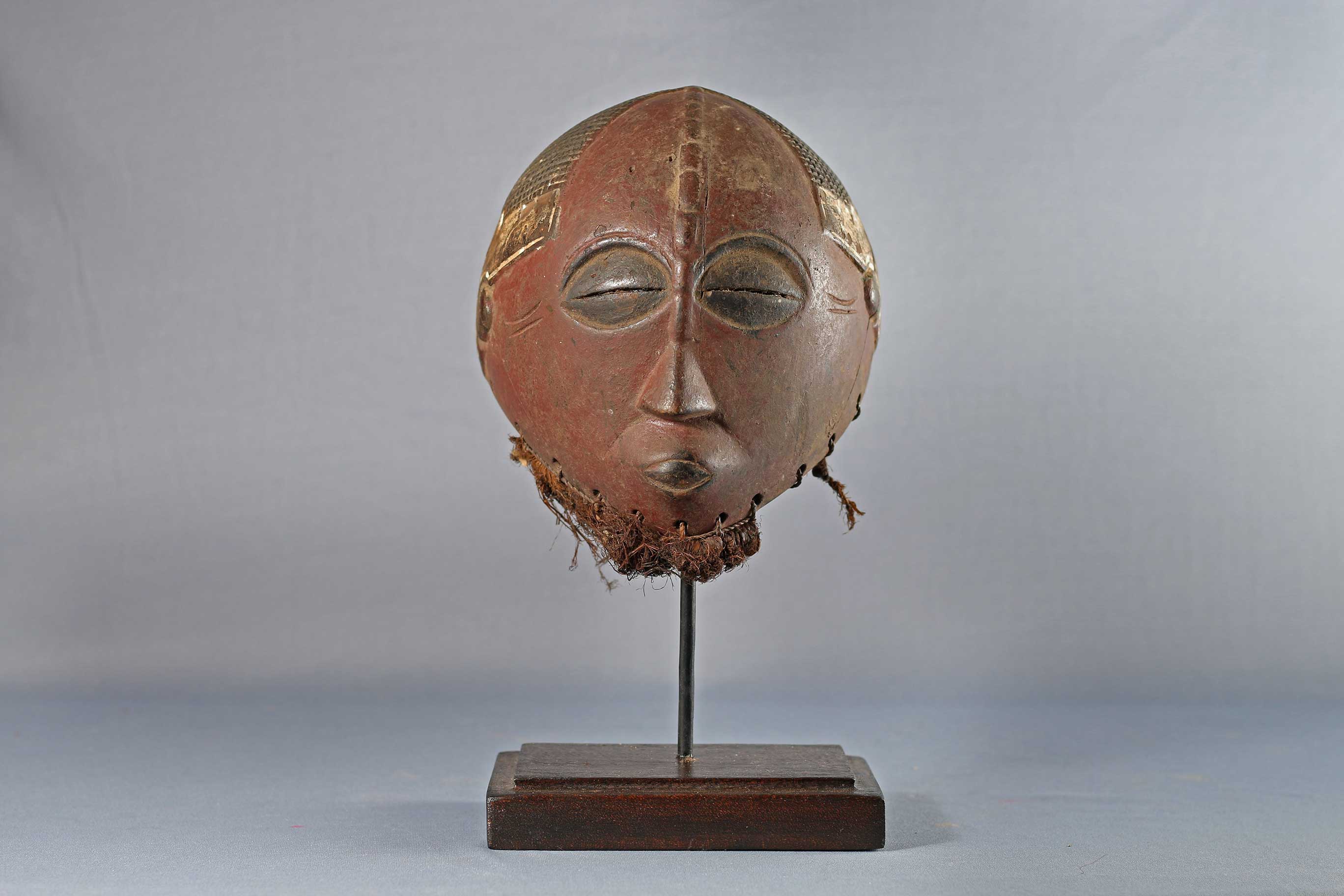 The Tabwa are an ethnic group living mainly on the southwestern shores of Lake Tanganyika, and in the eastern Democratic Republic of the Congo.   Today, they are led by chiefs-sorcerers who rule over village chiefs and family chiefs. Their power is counterbalanced by male societies created on Luba prototypes and by female associations influenced by East African models. The Tabwa used two types of masks: a human one, which represented woman, and another in the form of a buffalo head, which represented man. Both would make an appearance at the time of the fecundity ritual, celebrated for sterile women. It has large oval closed eyes and well-sculpted oval-shaped mouth, crossed head markings to represent hair, a triangular pointed nose and fibre at the chin to represent a beard. The mouth, eyes and top of the mask have a black coloration. It has a brown patina and was carved with great sensitivity, shows traces of wear which show that mask was used a few times. 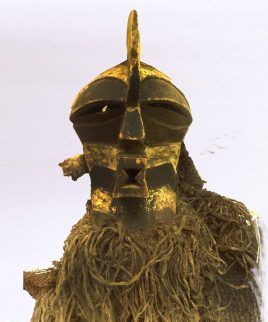 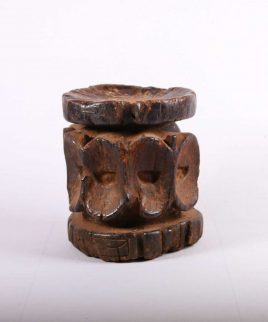 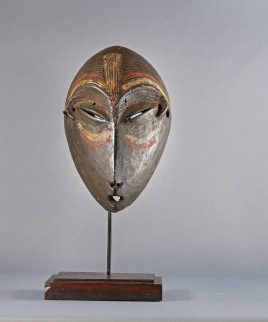 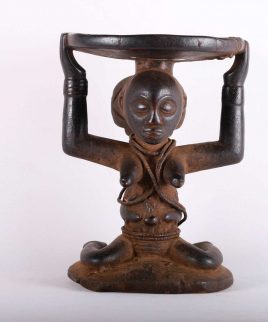 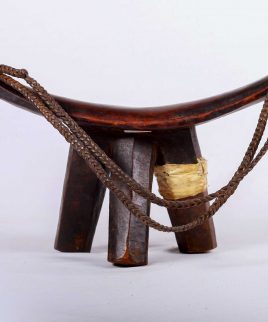 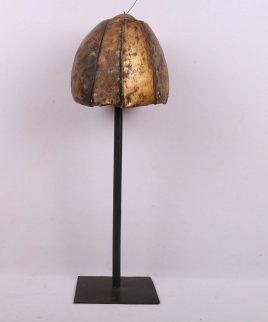