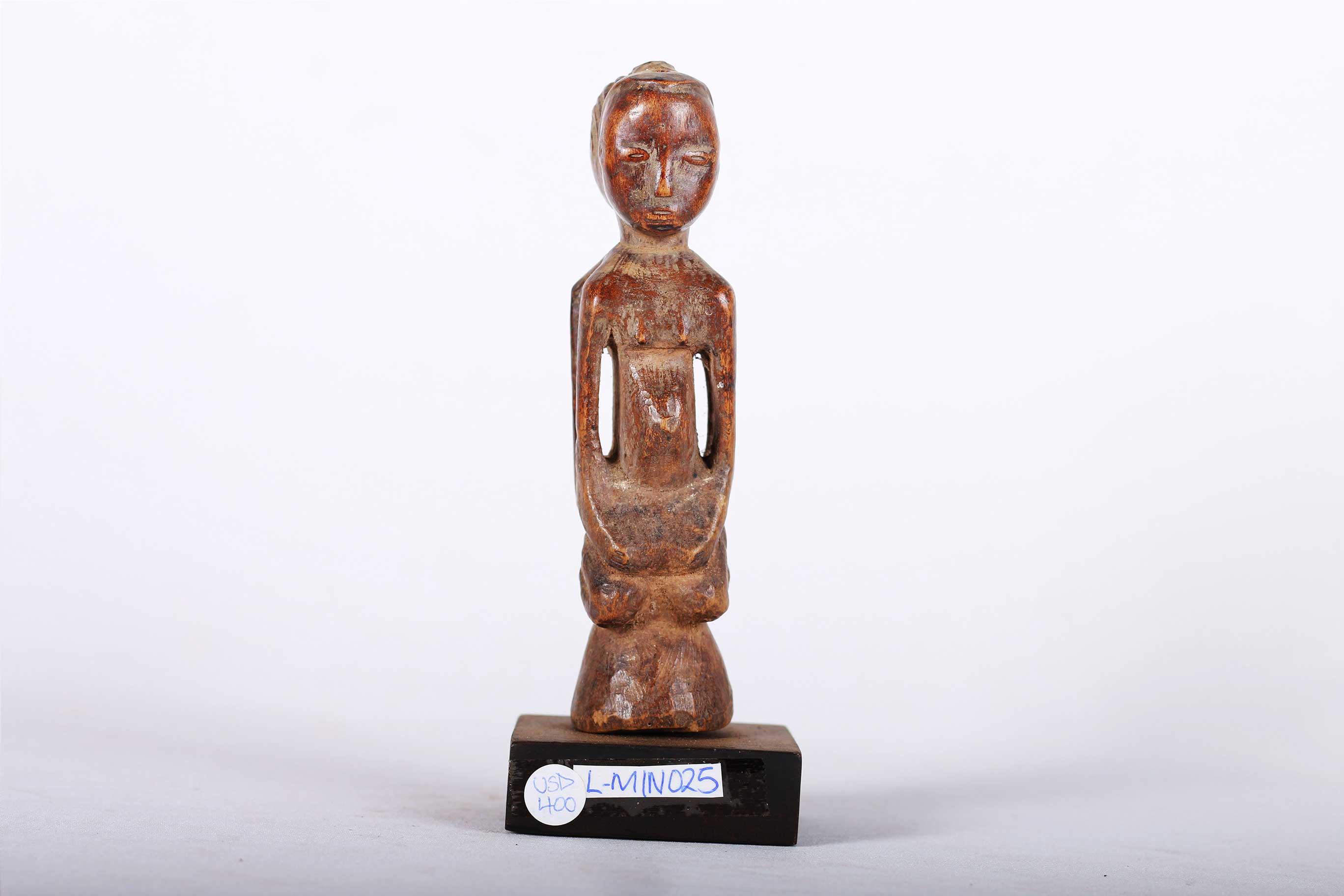 This is a beautiful wooden statue from the Yombe people. The Yombe reside mainly in the Democratic Republic of Congo Zambia and Angola. Yombe art forms are greatly influenced by the Kongo kingdom. They are artistically prolific and famous for carving the Nkisi and Phemba statues. Art forms of Yombe included maternity figures, seated kings, objects of prestige, and nail and mirror fetishes.

Such Yombe female Phembastatues are used in divinatory practices or associated with fertility rites. All Phemba figures represent women in seated, cross-legged, or kneeling poses. Women are an important Yombe symbol because they are considered to be a nurturing force. Also considered to be seers and guardians of the spirit. The example here has a brown patina, visible signs of old age and natural abrasion. 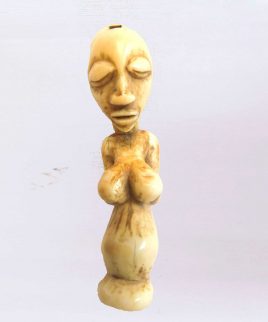 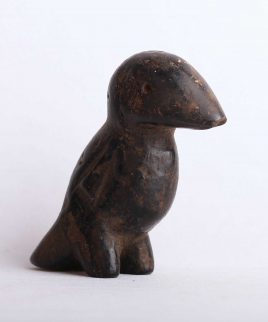 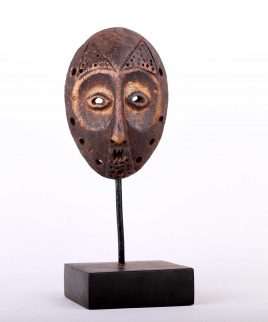 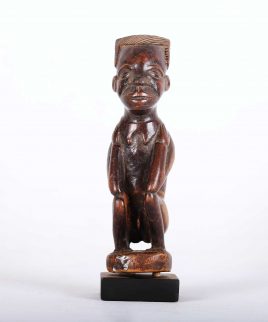